Start a Wiki
Lupin III: The Legend of the Gold of Babylon (ルパン三世 バビロンの黄金伝説) is an anime film directed by Seijun Suzuki and Shigetsugu Yoshida. The film was originally released in Japan on July 13, 1985. The film was released in North America on Blu-Ray by Eastern Star on November 27, 2018. 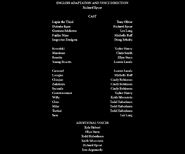 Add a photo to this gallery
Retrieved from "https://english-voice-over.fandom.com/wiki/Lupin_III:_The_Legend_of_the_Gold_of_Babylon_(2018)?oldid=223581"
Community content is available under CC-BY-SA unless otherwise noted.